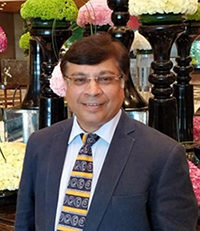 The vast majority of India’s medical devices of which is nearly 80% import dependent, are unregulated for quality and safety. While many of these products may have regulatory certifications in other countries, the reality is that a considerable number of them are being exported from countries that do not regulate their exports. The medical devices market in India is over $15 billion (Rs.105,000 Crore Rs.) and projected to grow to $50 billion by 2025 and is the fourth-largest in Asia.

THIRTY YEARS HAVE gone by since the 1st medical device was regulated as a drug in 1989. A comprehensive regulatory framework is nearly in sight with the Draft MEDICAL DEVICES (Safety, Effectiveness & Innovation) Bill from NITI Aayog to be shortly proposed as a Separate Law.

Our policymakers in Health Ministry were surprisingly undecided and seemed to be in no urgency to usher in a 'Patient Safety Medical Devices Law to protect patients, even after the recent ICIJ implant files or J&J incident, or the most recent ban on Trans-vaginal Pelvic Mesh by USFDA. As Moh&FW had been surprisingly very reluctant to draft a separate law preferring to attempt to amend the Drugs Act and CDSCO has a conflict of interest to empower itself the industry watchers are waiting with anxiety the details of the Draft Medical Devices Bill that Niti Aayog is reportedly working upon in consultation with other stakeholder departments and ministries to address the regulatory vacuum & the national patient safety concerns.

Devices do need to be regulated but the 2 draft and 2 final notifications recently issued by MoH&FW on October 18th , has indicated notifying all medical devices that are engineering products as 'medicines' under the Drugs & Cosmetics Act from December 2019 but the roadmap being defined in cover note from the Under Secretary does not entail migrating these to a separate 'Medical Devices Act in due course (as being drafted by Niti Aayog) and seems to be an independent parallel action  .This uncoordinated announcement is causing huge confusion and apprehensions amongst domestic manufacturers especially of Medical Electronics as while one notification talks about a reasonable transition period of 3-4 years another notification to regulate ultrasound equipment gives only one year and there’s no mention of a separate Act. At present only 24 out of over 6,000 medical devices are regulated by being notified as drugs

Devices are Engineering items and not drugs

It's imperative to have a separate law as devices are engineering items and not medicines — a MRI or CT Scan machine by no stretch of the imagination can be called a drug, and, so, continued attempts to regulate devices as drugs is illogical and incorrect unless assured that it is a temporary measure. A beginning was made to correct the anomalous situation with the introduction of the Medical Device Rules in 2018.These Rules have risk proportionate controls correlating to the risk classification of devices. Similarly, the law and penal provisions need to be risk-proportional as you can't have the same penalty for a manufacturing failure of a pair of spectacles as for a contact lens or for an intra-ocular lens. Patient safety is more complex with devices where the same are a shared responsibility of the manufacturer, medical practitioners, product user and the regulator. The Drugs Act itself needs reforms as it does not uniformly and equitably regulate quality from state-to-state in the absence of a national singular regulatory authority and there is no point of replicating this limitation for devices too. The recent J&J episode showed the limitations of the Drugs Act and the Drugs Controller was initially seen to be handicapped to discipline overseas manufacturers.

Medical Devices has failed to attract investors to put up factories. Why? Can a competent builder from Mumbai, experienced enough to make a 90-storey building, risk starting the construction of a 70-storey one in Gurgaon if the building by-laws there don't permit construction of over36 floors only under hearsay that said by-laws are under amendment or will he wait?

Similarly, medical devices manufacturers need to know the legal requirements, in a predictable manner. This will attract overseas and Indian investments. Presently, investors shy away from an unpredictable, incomplete and incorrect regulatory environment. This will also attract investments not only in manufacturing but in the much needed supportive eco system of Testing Laboratories and Certification Bodies and competent Quality Assurance personnel and Regulatory experts.  In the absence of regulations, domestic manufacturing suffers as a surgeon is unsure of trying an unregulated device from a start-up on a live patient.

Policymakers while beginning to view devices and drugs differently, need to ensure these are of high quality and are safe, must consider regulating devices under the ministry of health as done for food. Food is not regulated under the Drugs Act or under DCGI, or the CDSCO, but has a FSSAI with a Secretary level chairman and CEO. While many of the manufacturers of the 24 categories of already notified devices are ok to be regulated under a familiar CDSCO but wish it to revamped with a medical devices specific division and appropriately needed competent staffing by engineers & scientists, a vast majority of the manufacturers of devices that are currently not regulated prefer to seek a separate national regulatory body which will not view Devices from the prism of Drugs , as reportedly envisioned in the NITI Aayog draft Bill.

The government should stick to earlier assurance given to the industry by the MOH&FW in 2016 of four steps—starting with the Medical Devices Rules (MDR), initially experimenting with a few electronic devices under the MDR, the MDR to be amended as per experience gained after 6 months of introduction and the simultaneous drafting of a Medical Device Bill to be reviewed by us and other stakeholders and passed by Parliament and the MDR to accordingly be tweaked in order for it to migrate to an eventual Medical Devices Law.

The National Accreditation Board of Certification Bodies is already accrediting certification bodies for voluntary quality assurance (the Indian Certification for Medical Devices (ICMED) scheme) under the QCI (Quality Council of India). Incentivizing ICMED certification by the QCI will help Indian manufacturers in capacity building for voluntary compliance to quality standards, thereby ensuring global competitiveness and enabling the smooth transition to mandatory compliance under the proposed draft Medical Devices Bill from Niti Aayog. A strong and fair regulatory environment will help the Make in India campaign by encouraging the growth of this industry. Right from trade margin rationalization to ensuring a separate set of legislations and regulatory frameworks to govern the medical device sector and everything in between needs to be looked at afresh to galvanize domestic manufacturing.

If we are serious about placing India as a top global medical devices manufacturing hub, then one needs to understand that piecemeal reforms will not work and continuing to attempt to regulate Devices as Drugs under Drugs Act without an assurance of migrating to a separate legislation will do more harm than good to Make In India campaign.