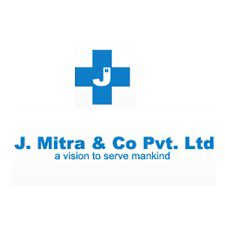 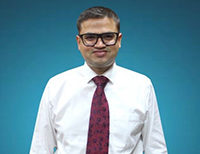 TSH stands for “thyroid stimulating hormone” and the test measures its amount present in blood. It is produced by the pituitary gland in brain. This gland tells your thyroid to make and release the thyroid hormones into the blood. The thyroid is a small, butterfly-shaped gland located near your throat. The thyroid makes hormones that regulate the way human body uses energy. It also plays an important role in regulating body weight, body temperature, muscle strength, and even the mood. The main job of the thyroid gland is to make the hormone thyroxine, also known as T4 because it has four iodine molecules. The thyroid also makes the hormone triiodothyronine, known as T3 because it has three iodine molecules, but in smaller amounts.

TSH levels typically fall between 0.4 and 4.0 milliunits per liter (mU/L), according to the American Thyroid Association. Ranges between laboratories will vary with the upper limit being between 4 to 5. Anything higher than this level, would suggest of an underactive thyroid. An overactive thyroid is detected, when the test readings are observed lower than normal levels of TSH. This could be caused by:

If a person is on medications like steroids, dopamine, or opioid painkillers (like morphine), then they can get a lower-than-normal reading. Consumption of Biotin (B vitamin supplements) can also falsely give lower TSH levels.

As per the current statistics, thyroid disorders are on all time rise in India. Approximately 1 in 10 Indian adults suffer from hypothyroidism, a condition in which the thyroid gland does not produce enough thyroid hormones to meet the needs of the body. The condition is more prevalent twice in Indian women, compared to men and is more commonly found in women of child-bearing age. 13.13 per cent of pregnant women were found to be hypothyroid according to a 2016 study which was conducted in nine Indian states which assessed the prevalence of hypothyroidism in pregnancy with TSH. The two main reasons that contribute to the rise in thyroid disorders are raising awareness of the disease, suggesting that more patients are getting diagnosed, and autoimmunity, which is causing thyroid disorders due to stress.

A patient would end up testing TSH if they tend to have symptoms of too much thyroid hormone in blood (hyperthyroidism), or too little thyroid hormone (hypothyroidism). Symptoms of hyperthyroidism, or Overactive Thyroid, include Anxiety, weight loss, tremors in hands, high blood pressure, Puffiness and/or bulging of eyes, and Amnesia. The symptoms of hypothyroidism, or underactive thyroid, include weight gain, tiredness, hair loss, low tolerance for cold temperatures, irregular menstrual periods, and Constipation.

The various technologies which are used for the determination of TSH these days with respect to increased accuracy are Chemiluminescent assay (CLIA), Radioimmunoassay (RIA), and Enzyme-Linked Immunosorbent assay (ELISA) from human serum.

The analytical sensitivity of TSH assay and its ability to reliably distinguish between euthyroid and hyperthyroid patients especially in subclinical stages, where T4 and T3 levels are in normal range makes it a very sensitive marker of primary thyroid function abnormalities.

RIA is an accurate, reliable, fast, and sensitive technique but requires lengthy incubation time and highly skilled personnel to operate the instruments and monitor the radioactivity. The major problems of RIA include the disposal of radioactive waste and short half-life radioactive labels. These disadvantages make the use of RIA in clinical practice increasingly less desirable. CLIA and RIA methods and clinical symptoms of the patients were used as a gold standard test.

CLIA systems often show low background level of emission in the absence of analyte. These signals with the increase of analyte concentration appear as sharp peaks superimposed against on a low constant blank signal. It is because of this small time interval with minute chemiluminescent emission, the reactions which are measured with complex kinetics do give nonlinear plots with respect to analyte concentration.

ELISA is a sensitive and very specific method which allows the qualitative and quantitative detection of antigens or antibodies. J Mitra and Co. has introduced ELISA kits which can be used for the detection of specified proteins in the clinical sample, with the use of polyclonal or monoclonal antibodies conjugated with a suitable enzyme. Not only this kit is affordable, but is known for its ease of use and good turnaround time in reporting and therefore applicable for the benefit of larger mass.